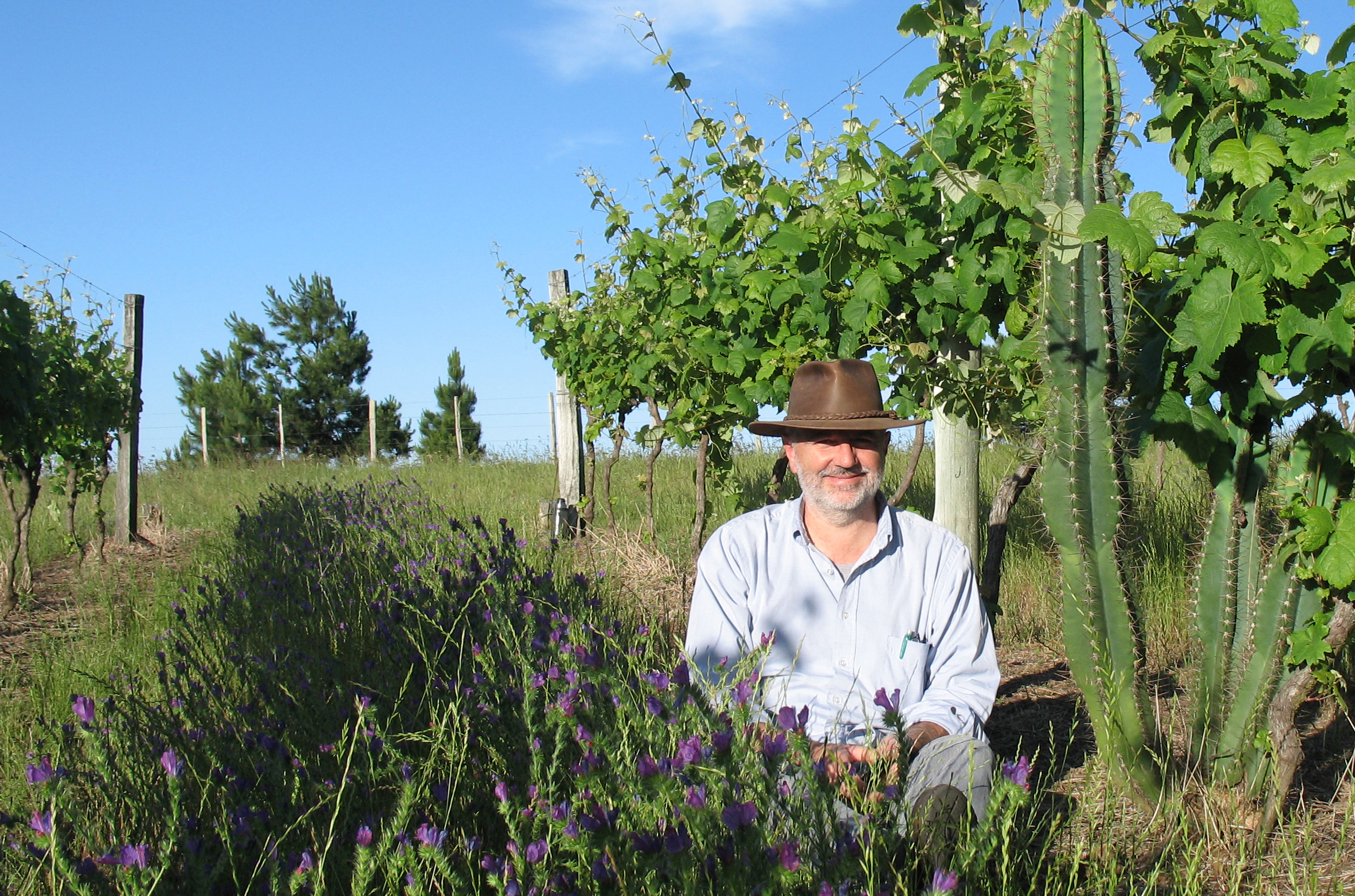 Francisco Carrau is renowned for his research and work into wine fermentations and, in particular, unravelling the ideal fermentation conditions for Tannat. Having worked in his family’s winery since he was a teenager, he has grown up in the wine industry steadily amassing great knowledge and experience to become one of Uruguay’s most esteemed winemakers today. Having made wines in Rivera, Canelones and Montevideo for his family winery, Bodega Cerro Chapeu, Francisco has a rare insight into making wines around Uruguay’s wine regions. Amanda Barnes interviews him on growing up with wine and his work with yeasts in winemaking.

AB: What are you first memories in wine?

FC: My parents and my grandparents always lived with wine. And ever since I was a young child I would be in the vineyard and the winery going around on my bicycle. Wine was always part of our lives and on the table.

AB: How did you start working in the wine industry?

FC: In my family we were eight children — four boys and four girls. My oldest brother was a biologist and so I became very enthusiastic about biology. When the guy who was in charge of my Dad’s laboratory left the winery, my Dad asked me why I don’t do the analysis. So I started doing the analysis in the winery lab at 18 or 19 years old.

I became more and more interested in the topic until I set up my own yeast laboratory in our winery, my father’s winery in Colón. And so little by little we got more and more involved in these yeasts that come from the fruit — from the skins that carry their own native yeasts. And that’s when we started isolating and separating them and making fermentations of wines from these unique yeasts.

AB: Why do you think that Tannat has really become the star grape variety of Uruguay?

FC: It was producers themselves who noticed that the grape that most produced wine with the best quality, the best colour, higher alcohol and more sugar for the fermentation was Tannat. And it had great acidity in this climate.

Tannat is a variety that produces excellent results in Uruguay every vintage and that’s why it is so emblematic.

AB: The vintages are very different from year to year in Uruguay… how is the experience of such changeable vintages?

FC: We have to keep on our feet! Every year there are no routines; every harvest is a different story. They say that this helps prevent illnesses like alzheimer's! You know they say that you should never do everything exactly the same? Well, in Uruguay it’s very difficult that you do everything the same as last time.

AB: You have made Tannat in the classic regions of Canelones and Montevideo but your family is also a pioneer of the wine region of Rivera in Northern Uruguay, where you have your Cerro Chapeu winery. What is it about the quality of Tannat that you like in Rivera?

FC: Cerro Chapeu has these sandy soils with low fertility which means the [tannic] seed in red varieties mature much quicker than in Canelones or Montevideo. This means the tannins are much softer and rounder, and I believe Rivera can make great Tannat but also great Cabernet Sauvignon, Pinot Noir and Nebbiolo for this reason.

AB: What do you think the future is for Uruguayan wine?

Uruguay may be a small nation, but it has a remarkable history of beating the odds and it made a champion of the unlikely variety of Tannat.

Eduardo Boido is one of the most prolific winemakers in Uruguay today and is at the helm of one of the leading wineries, Bodega Bouza.

Meet Daniel Pisano-one of the three Pisano brothers who are the fourth generation of the Pisano family to make wine in Progreso, Canelones.