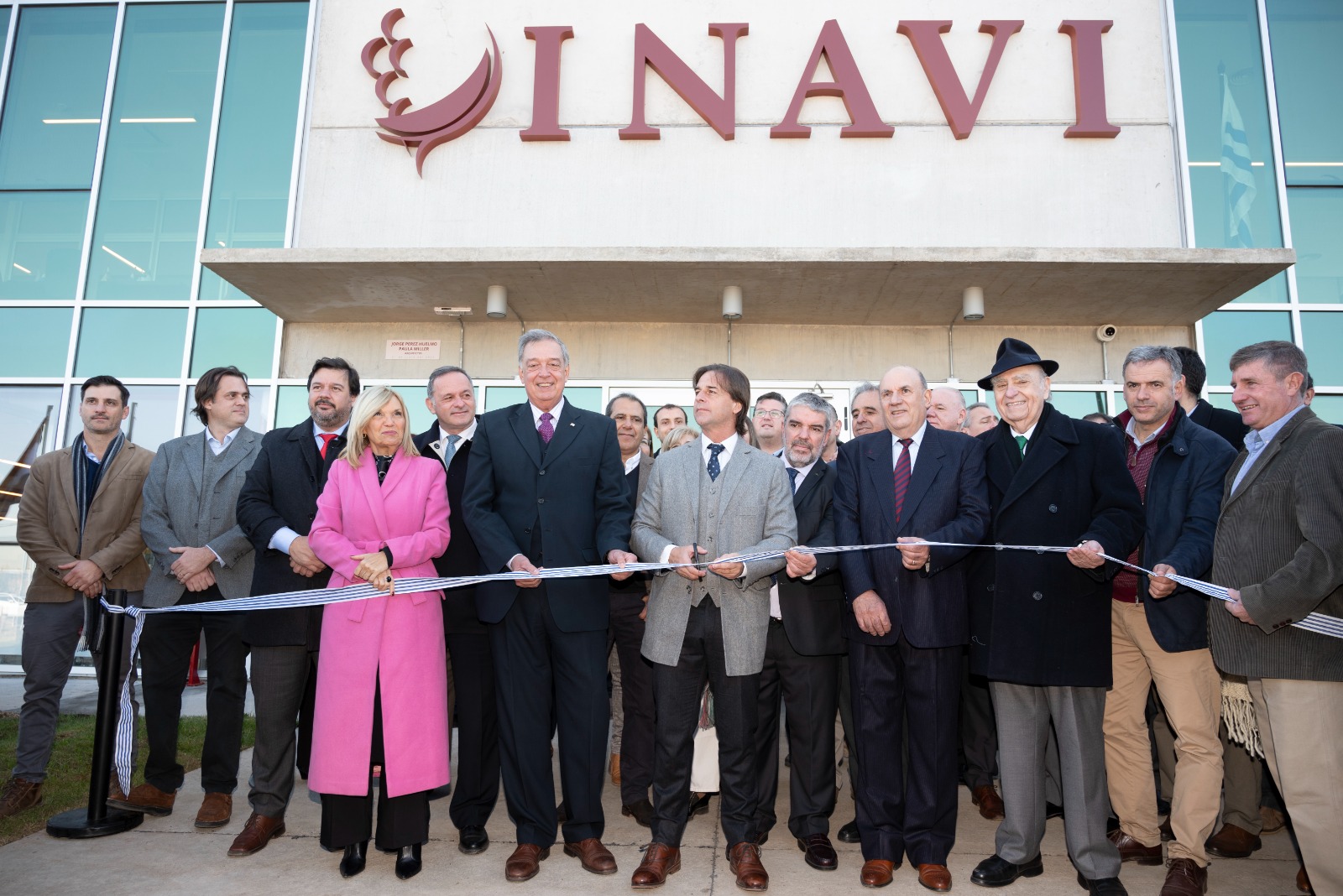 “The pessimist sees the difficulty in every opportunity; the optimist sees the opportunity in every difficulty.” With this quote from Winston Churchill, the president of INAVI, Ricardo Cabrera, began his inauguration speech for the new home of Uruguayan viticulture, in a meeting that brought together national and departmental authorities, winemakers, viticulturists and friends of the grape and the came.

With the presence of the President of the Republic, Luis Lacalle Pou, the Vice President Beatriz Argimón, the Minister of Livestock, Agriculture and Fisheries, Fernando Mattos, the Mayor of Canelones, Yamandú Orsi and other authorities, the National Institute of Viticulture inaugurated its first headquarters own in the city of Las Piedras.

It is a modern building of 1700 square meters and an annex of 900, on a plot of 8240 meters, which make up a modern, functional, efficient and sustainable structure, and concentrates in one place the active management of Uruguayan viticulture.

In a privileged location, the new headquarters -in charge of the architects Jorge Pérez Huelmo and Paula Miller- is made up of administrative and technical offices, a state-of-the-art laboratory, complementary services and an adjoining area for storage and garage.

After the ribbon cutting, the authorities toured the building and highlighted the relevance of this work, which aims to be a meeting place for all the players in the sector.

"The history of INAVI is a reflection of the thought of Master Churchill," continued Cabrera during the ceremony. “He was born in a sea of ​​difficulties, but by dint of determination and responsibility, looking to the horizon and professionalism, he kept going. And what is more important, growing in the quality of national grapes and wines, with nothing to envy to free competition and with the aim of being a protagonist in export markets, where by nature, class and identity, we are selected. permanently".

And he added: “This headquarters, our own, nothing less, that today we have the pleasure of presenting to society, is the result of acting with opportunity in the face of difficulty. Built and developed with our own funds, without short, medium or long-term lines of credit, or loans that compromise our management or that of those who will succeed us. Avoiding onerous rental and maintenance costs for a building that has fulfilled its long cycle”.

The president of INAVI also highlighted that this house is, in short, “the demonstration of a sector of national life, which is an example of strength and growth, with disappointments and joys before each harvest. With inconveniences that are being solved in a balanced way and on the basis of consensus”.

And he concluded: “As president of INAVI but before that, as an official of this house for more than thirty years, it is an honor for me to be with you presenting our new headquarters to which you will always be welcome. Let us continue betting on opportunities despite the difficulties”.

The Minister of Livestock, Agriculture and Fisheries, Fernando Mattos, reported the indescribable feeling of joy of INAVI officials and directors “for this dream come true. A dream that has a lot to do with the history of national viticulture. This is a decision of modernity and that is a characteristic that has been accompanying those immigrants who introduced the first vines to Uruguay, always betting on diversifying national production and generating a quality product. This headquarters is a before and after of the national viticulture and will generate a boost that will undoubtedly project the country with one of its emblematic products, fruits of the land and the work of Uruguayans”.

And as a novelty, he reported that a new INAVI board of directors will be formed, which will have to design a strategic plan with a horizon of 20 or 30 years”.

The President of the Republic, Luis Lacalle Pou, congratulated the wine family for the completion of this work. “When they told me how the building was going to be built, with what resources and in how much time, everything seemed a bit too risky and daring. But I've been saying a phrase for a long time that I like a lot and that is that I prefer to hold crazy people than to push stuck."

“Of course the most important thing -he indicated- is not the bricks, the walls, the walls or the cement. The most important is the people. And the same in the wine sector. That is why today I am very pleased to meet veteran friends of a lifetime, friends of various struggles, sometimes with conflicting interests”.

Regarding the formation of the new board of directors, announced by Minister Mattos, Lacalle pointed out that, after 8 years, "this speaks of maturity, speaks of understanding a productive chain that begins with the vine and ends in a bottle in a national or international trade. , that she feels represented and feels virtuous for each one of her interests”.

The president added that although there is a tendency. 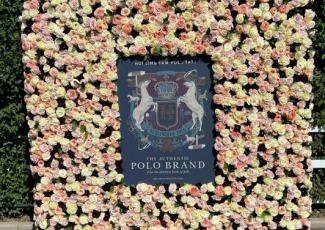 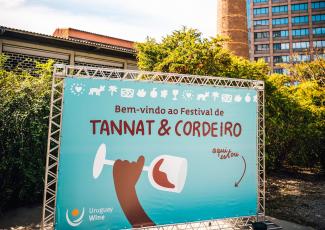